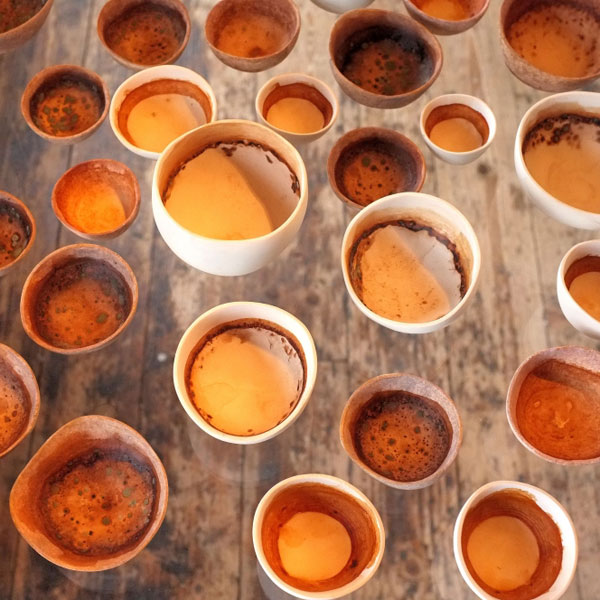 Quintessentially British, a ‘nice cup of tea’ is the answer to all the world’s ills, and yet it has a dark and troubled past. This work looks at the tea trade in the 19th century.

Tea was originally imported from China in the 16th century and was very expensive. From the mid 18th century, however, it became popular to drink afternoon tea in Great Britain and there was a huge demand on tea imports. China did not want to exchange tea for British goods but demanded silver, leading to a depletion in British silver stocks as trade increased. The British therefore tried to encourage Chinese opium use, despite the fact that there was already a problem with opium addiction in China, in order to balance this. They delivered the opium from Indian provinces under the East India Company, as a strict monopoly of the British government, and subsequently illegal trading and the opium wars in 1830s to 40s were a result of this.

This sculpture consists of a pair of transparent shelves with an equal number of porcelain drinking bowls, one with tea that will dry and slowly stain the bowl, and the other with poppies, the source of raw opium. This signifies the balance in trade and the beauty behind the dangers of opium use. 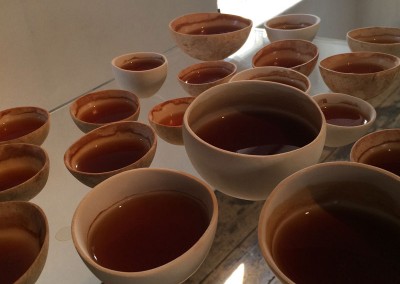 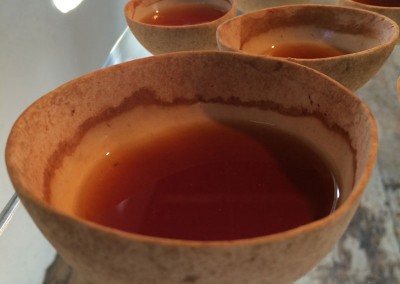 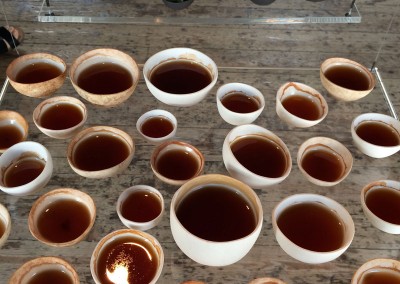 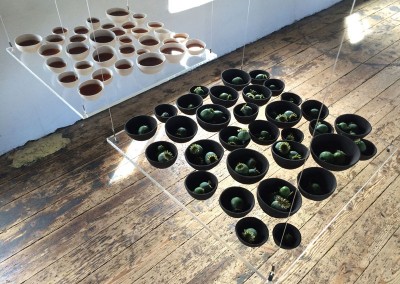 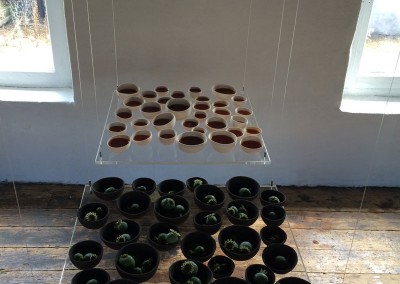 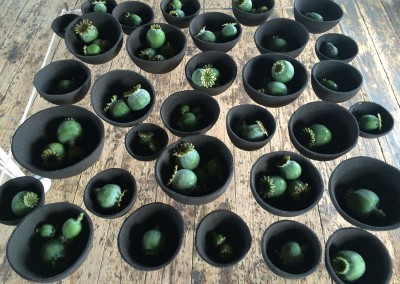 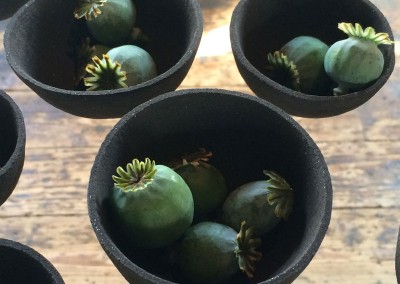 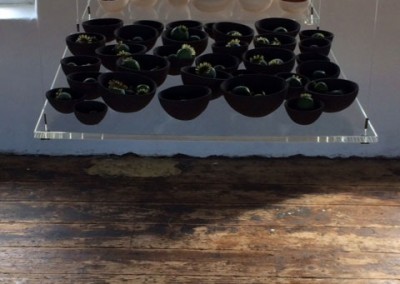