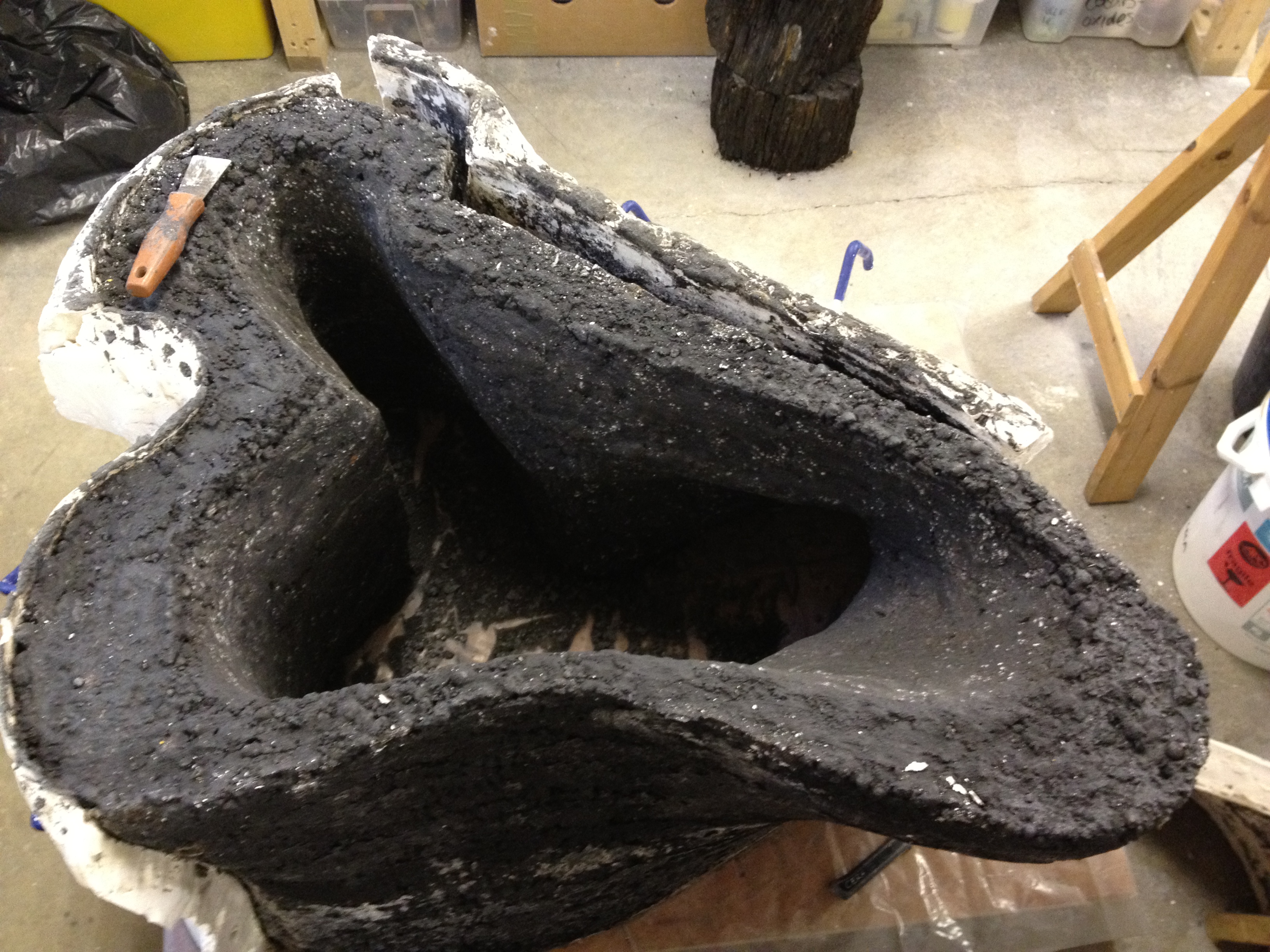 work in progress for Scottish Sculpture Park at Caol Ruadh

I have been very busy over last few weeks preparing work for Caol Ruadh, the Scottish Sculpture Park near Dunoon. 2 pieces will be sent, including this one to go on a gabion near the beach. Still to be finished on the surface The website... 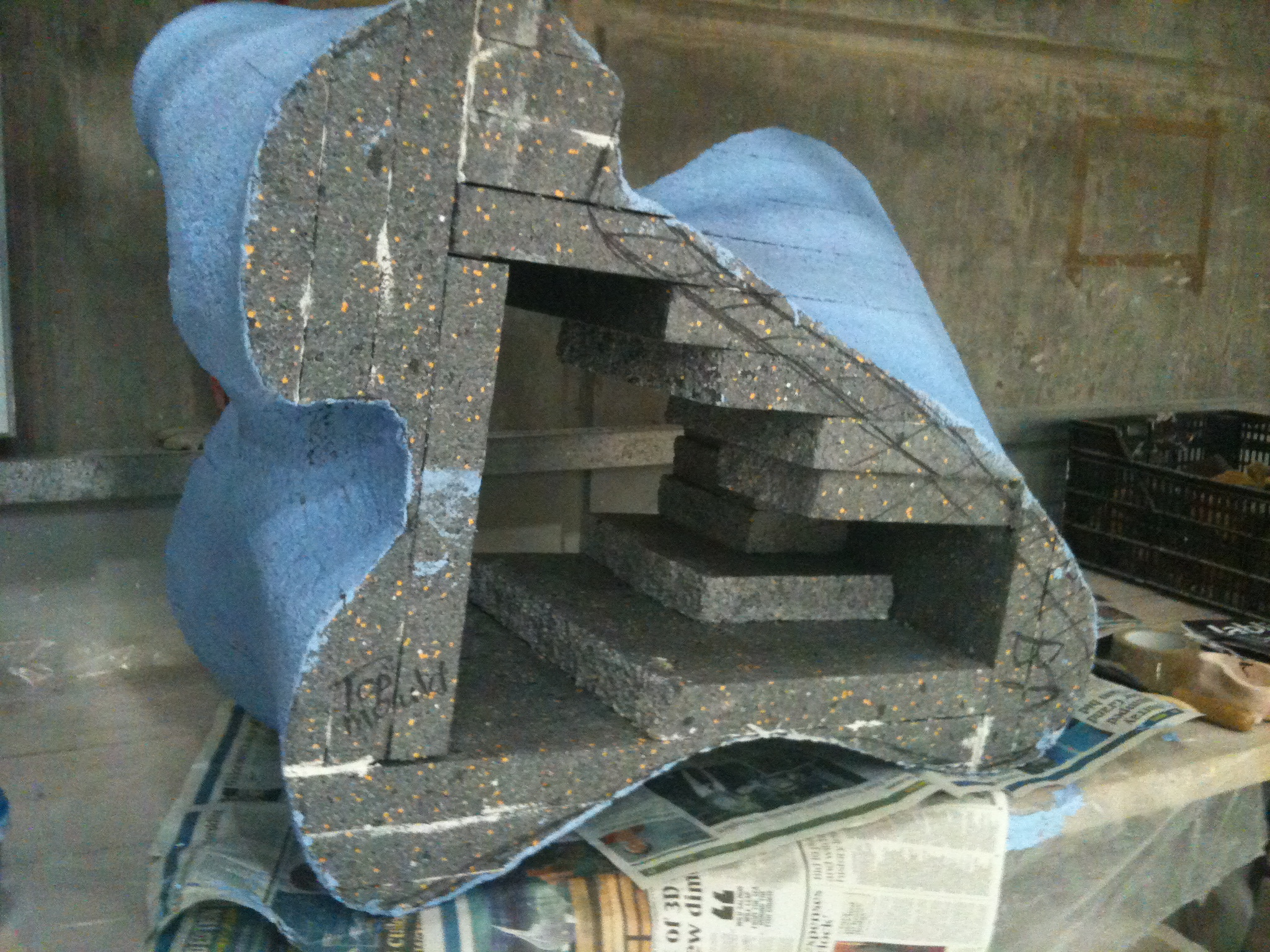 Jenny quickly realised that concrete has environmental issues and a large carbon footprint. After extensive research online, Jenny used her time as part of the AA2A scheme (Artist Access to Art Colleges) At Sunderland University to make trials of different mixtures to... 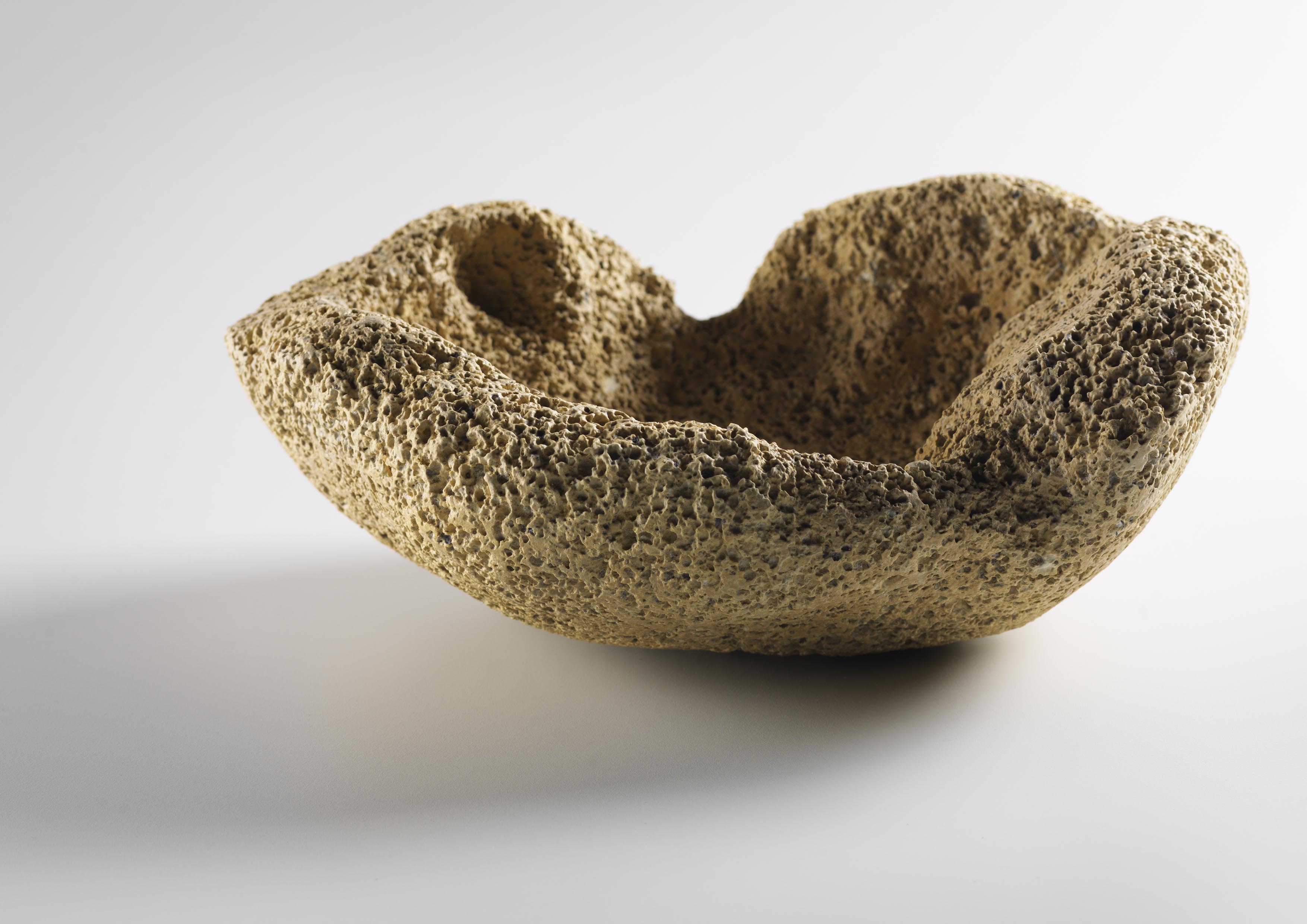 Jenny has been using different formers including fabric and chicken wire to produce objects which have different pigments in them and then sand/shot blasted to reveal eroded surfaces. These are being designed for use in gardens and outdoor spaces. 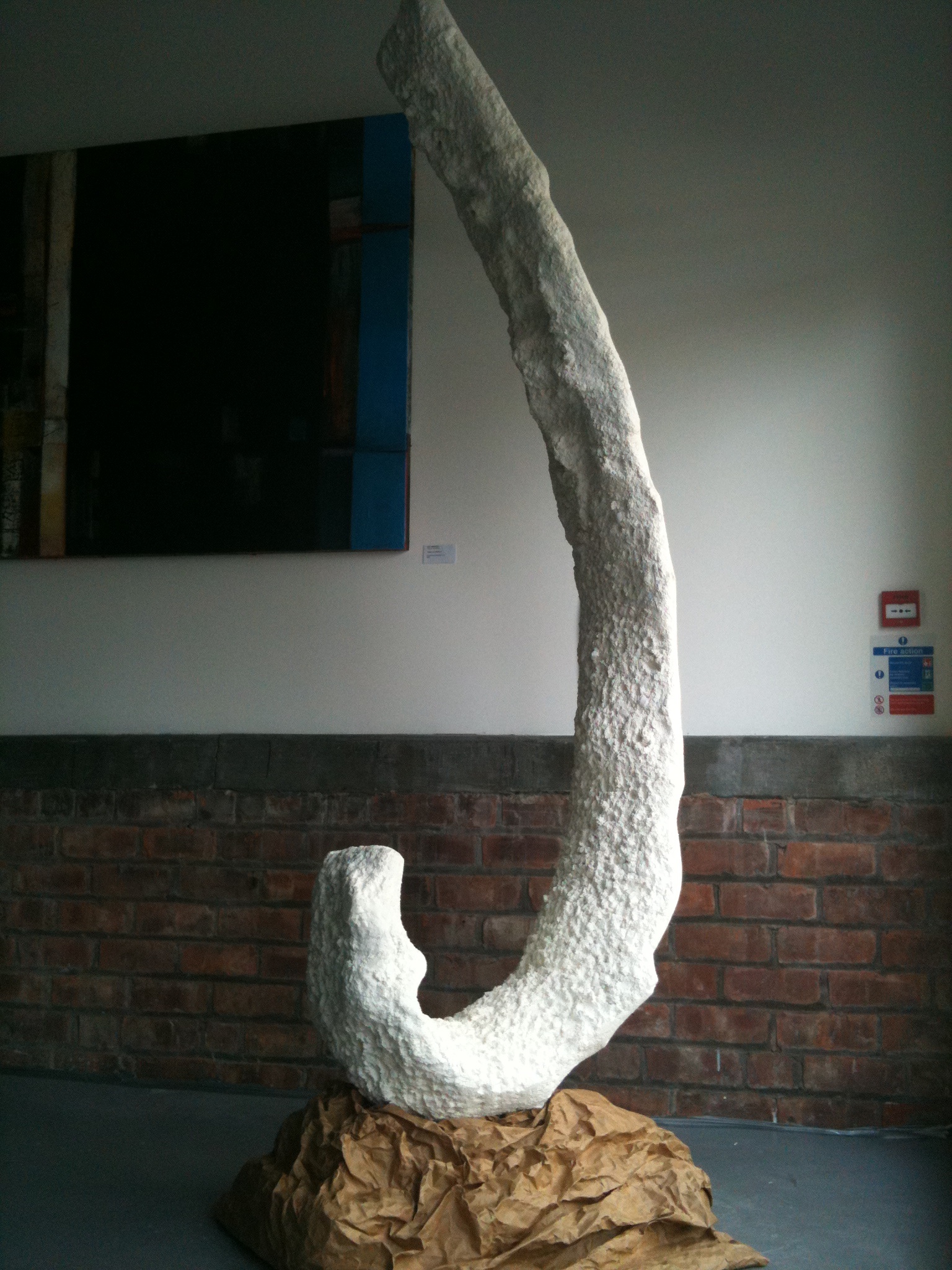 Large piece, around 2.5m high concrete bone form, unfinished, still to be adjusted in shape and sandblasted surface, along with a plinth. 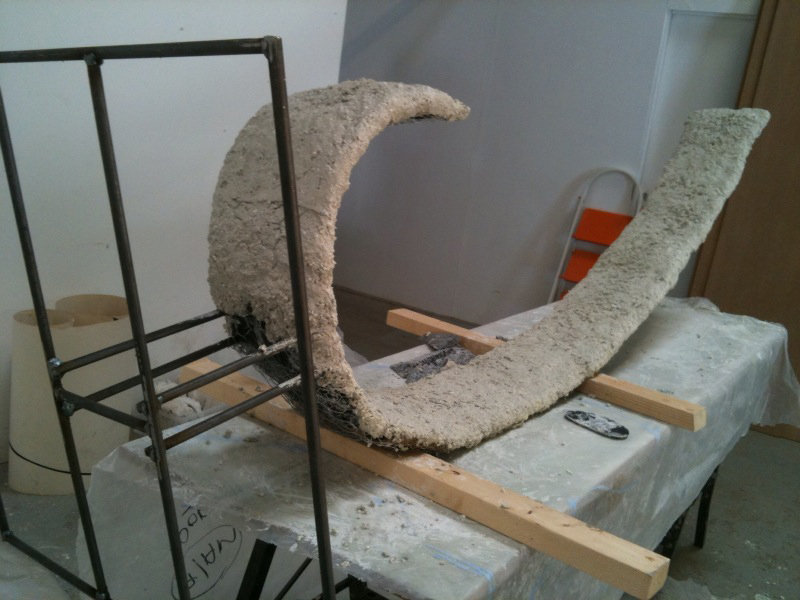 Edinburgh Sculpture Workshop, Project Space Jenny was awarded a Craft Makers Award in 2011 from the City of Edinburgh Council for research and development of large scale bone and rock related sculptures. She used this to fund a short time at the Edinburgh Sculpture... 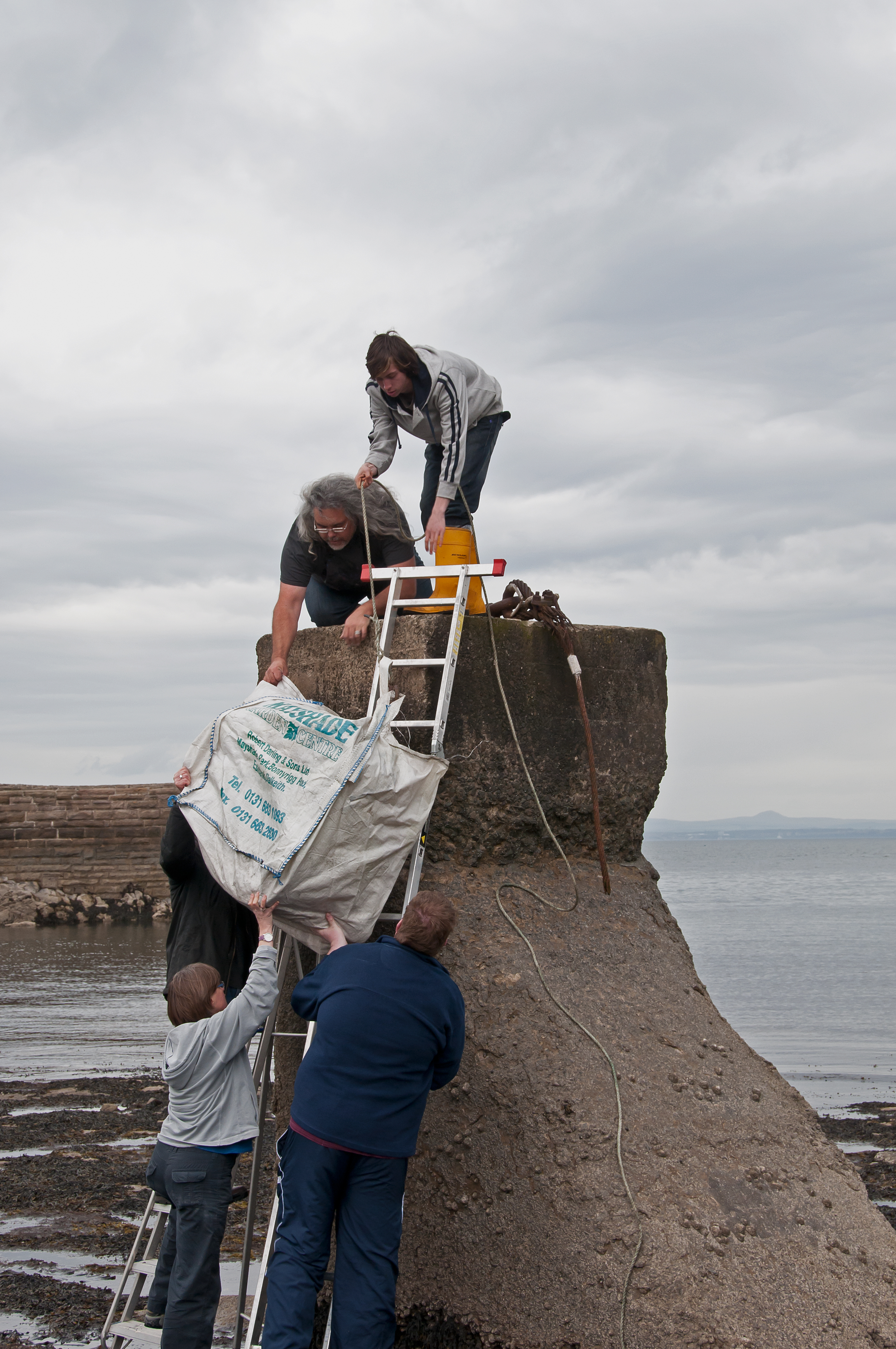 The piece started at Sunderland was then installed at Cockenzie Harbour, in East Lothian , as part of the 3 Harbours Festival in May 2011. It was installed at low tide and took 4 people with ropes to lift onto large ‘plinth’.
« Older Entries
Next Entries »